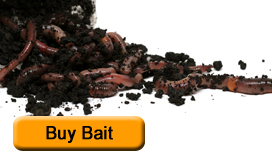 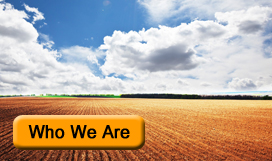 At Country Bait, we not only want to sell you good quality bait, but we are also very passionate about dew worms. We like to learn about them by reading and sharing information. Sometimes we do experiments to learn more about them if we cannot find the information about it!


Over the years we have had schools send their students for a tour; discuss with farmers about worms in their fields; and gardeners come or call to see how worms and their castings will improve their gardens. They are truly fascinating creatures!!!


Here are some questions that have been asked of us and you might find interesting!!


Q: If you break a worm in half, will both ends live?
A: No. At best you might end up with one worm. A worm has a head and a tail. The piece remaining with the head (if it is not broken too close to its head) might grow a new tail in time. The piece with the tail might wriggle for a long time (sometime days) but cannot live without a head.


Q: How can you tell if the worm is male or female?
A: Worms are hermaphrodites, which means that a worm has both male and female organs. It still takes “two to tango” and a worm cannot fertilize itself.


Q: How do worms reproduce?
A: Two worms are needed to fertilize each other’s eggs. Then both will produce a little sack with 2-20 eggs in one sack. This sack will remain in the soil until the circumstances are just right for them to hatch. The time of year and the food supply are big factors for when they will hatch. It is believed that the egg sacks can lay dormant for 10 years in the soil waiting for the conditions (soil bacteria, pant growth, etc.) to be right before they hatch. We have seen farm fields turn from having a few worms to tonnes of worms in only a matter of a few years because the farming practices for that field have changed and conditions were now more favourable for the worm. We have also seen the opposite, where a field was very plentiful with worms and then the population was depleted with different farming practices.


Q: How many worms live in one acre of land?
A: There is a wide variety in worm populations on different farms. There are fields with only a few worms and fields that we estimate to have a worm population of several million per acre. (That is only the dew worm; there are several different species of worms living in the same field!) The weight of dew worms in 1 acre would equal the weight of 10-20 cows grazing the same field.


Q: Can you cross-breed different varieties of worms?
A: No. Apparently there are 2200 different species of worms in the world, but not one can interbreed with the other. Worms are genetically so diverse that they cannot mix, for example, like 2 different purebred dogs can breed to produce a cross bred offspring. So, if someone offers you a hybrid worm, say a dew worm for the size and a red wriggler for the liveliness, then you are most likely talking to a liar!!


Q: Can Dew worms live in water?
A: We have not been able to find any data to answer this question, so we are trying to find an answer ourselves. We have kept a few worms in a jar of water for 2 weeks. The worms appeared very white and lifeless when we took them out. Five minutes later, we noticed that the nice red colour came back and they had crawled back into the soil!! We still have them in a cup with soil and they seem to look normal again. We are now testing for a longer submerged time and so at the time of this writing we cannot tell you how long they can actually live in water.


Q: Why do worms wiggle so much in my hand?
A: It is probably because the worms don’t like the salt that is on your hands from your sweat or the soap you used to wash your hands earlier. Also worms like it cool and our body temperature is much higher than the worms can tolerate. So they wiggle so much in your hand to try to get away from you.


Q: How deep do worms go in the ground?
A: Worms need moisture and a temperature that is not harmful to them. They cannot tolerate a temperature below freezing and not much warmer than 20°C. From spring until fall, worms do not go down very deep. That is why some birds get lucky eating a worm in the daytime. But as winter arrives, worms go down below the frost line to survive the winter. Also in extremely dry weather, like the summer of 1988, worms were found by excavators 5 meters below ground.